The best cricket competition is still at its initial stage, and the results of the second round are up to your attention.

The first game was between Royal Challengers Bangalore and Kolkata Knight Riders. KKR started batting first but hit only 128 runs in 18.5 overs, so they were easily chased by RCB, who made 132 for 7, although they made it in 19 overs. The next scheduled game was between Lucknow Super Giants and Chennai Super Kings. The reigning champions, CSK, seemed to clinch the game by scoring 210 runs. However, the newcomers responded with a crucial 211 for 4, having three balls saved.

On the following day, April 1, KKR had to oppose Punjab Kings. Although the Knight Riders had only one day of rest, they easily chased 137 runs by PBKS (made in 18.2 overs) and finalised the score with 141 for 4 in only 14.3 overs.

On Saturday, two games were played. Mumbai Indians failed their second game in a row, losing to Rajasthan Royals. The RR franchise batted first and scored 193 runs for 8, but MI was able to score only 170 runs. The second game on April 2 was between Gujarat Titans and Delhi Capitals. Newcomers of the IPL batted first and delivered 171 for 6, while DC responded with a quite weak result of 157 for 9.

Read more: Pakistan finally showed their class against Australia in the 2nd ODI.

The only meeting on Sunday was between two Kings: Punjab and Chennai Super. And CSK failed their third game out of three in the recent IPL 2022, scoring only 126 runs in 18 overs, while needed to break 180 for eight by PBKS. The last game to the moment was played yesterday, between Sunrisers Hyderabad and Lucknow franchise. The latter won their second game in a row, scoring 169 for 7, while SRH responded only with 157 for 9. The games in the IPL are played daily, so sign up for our daily newsletter to know the latest results and all other important cricket news.  Want to know more about cricket news and don’t miss the important news? Subscribe to cricket14.in and receive the latest updates to your email 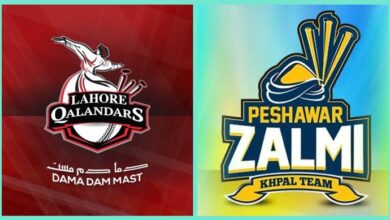