An Indian fairytale about consistency and hard work can be entitled with the picture of Shardul Thakur. This cricketer can hardly be included in the best bowlers or batters list, but his hard-working skills are the ability that every star team needs. With a pretty late debut in the Men in Blue jersey, the Beefy (his nickname) was always ready to surprise when none expected something incredible.

Being born on October 16, 1991, Thakur Shardul is now in the golden age. He is only 30 years old now, which means that he has enough experience, quality, and physical conditions to be a consistent part of any star team. His first quality is a pacing bowler with a height of only 1.75 meters, although the Lord Thakur can deliver runs in the late order. The late international debut and absence of astonishing results draw a picture of pretty dry numbers, which cannot describe Shardul’s real qualities:

However, as the domestic competitions show, Thakur is among the athletes who join professionals without a breakthrough but then chase the leaders. Indian cricket fans tend to believe in the same story in the national squad, where all his achievements are left for future wins. 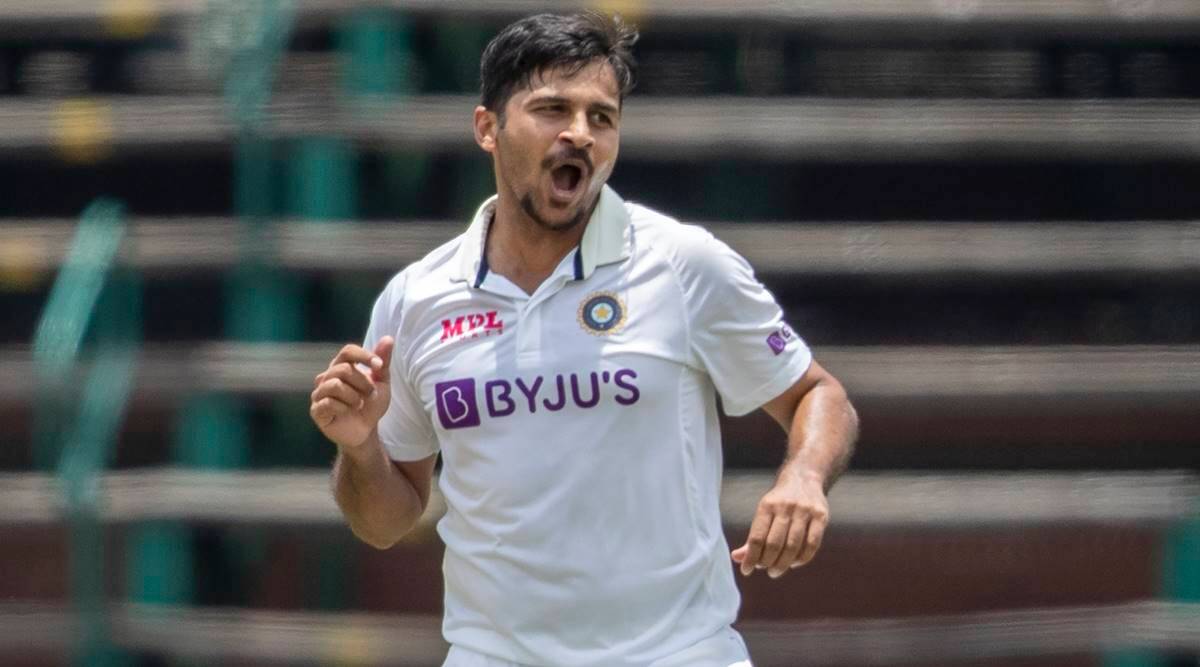 At the same time, he isn’t the guy who accidentally entered the big sport and stayed there for a long time without any hooks. Yes, the list of records and exciting achievements isn’t huge, but he seems to be a late-blooming flower with a few new rows to be added in the near future:

Of course, none should achieve high-standing records such as the biggest total number of balls in the Test format or most wickets for India in ODIs. But Thakur can easily take an ICC’s Team of Year award, most five-hauls in a series, or similar achievements. Now his role in the Men in Blue jersey grows, and he just needs to keep improving – the thing that highlights him from the other athletes.

First steps in the domestic cricket

As Shardul was born in Palghar, which is Mumbai metropolitan region, he received good conditions for developing his cricket skills. However, it went in parallel with the high competitiveness even on the youth level. So, the first notable cricket participation was only in the 2012-13 Ranji season. Of course, for the Mumbai team. However, it was a clear disappointment: only four wickets during the season with an average of 82 in his first four games at the top level. However, it gave a push for the young bowler, who continued training sessions and improved his throwing. Thus, in the following season of the same event, Thakur looked much better and scored 27 wickets in six games, which equalled to 26.25 average. With a five-wicket haul in his pocket, he proved his talent and hard-work, so he continued performance in the next draw of the event.

Ranji 2014-15 became even better for Shardul, as he brought 48 scalps in only ten games, with a great average of only 20.81. His performance in the final game of the season 2015-16 confirmed his growing quality, and he was bought in 2014 IPL’s auction to the Punjab Kings squad.

However, bombing the wickets of Saurashtra in the Ranji final of 2015-16 (taking 8) was the only good domestic performance of the bowler. Thakur struggled in the IPL games and changed the franchise to the Rising Pune Supergiants in 2017 but was forced to leave the team next year.

Finally, the move to Chennai Super Kings brought some stability to his T20 performance. His first season was set for adjustments, while the second, the team made it to the finals. Unfortunately, Thakur missed the last ball of the game when his team needed two runs to lift the trophy. However, such an emotional punch didn’t drop him out, as Shardul became one of the major team members to win IPL season 2021. Want more interesting cricket news in India and keep up to date? Subscribe to our portal right now.

The late rise of the bowler didn’t force the coaches of the national team to call Thakur for international clashes. His debut game was an ODI clash against Sri Lanka in 2017, when he was already a crucial pacer in domestic competitions. Early the next year, Shardul joined the national T20I squad and helped stop Sri Lanka’s opposition in the Nidahas Trophy, when his four wickets from 27 balls turned the game upside down, giving an MVP for the bowler. 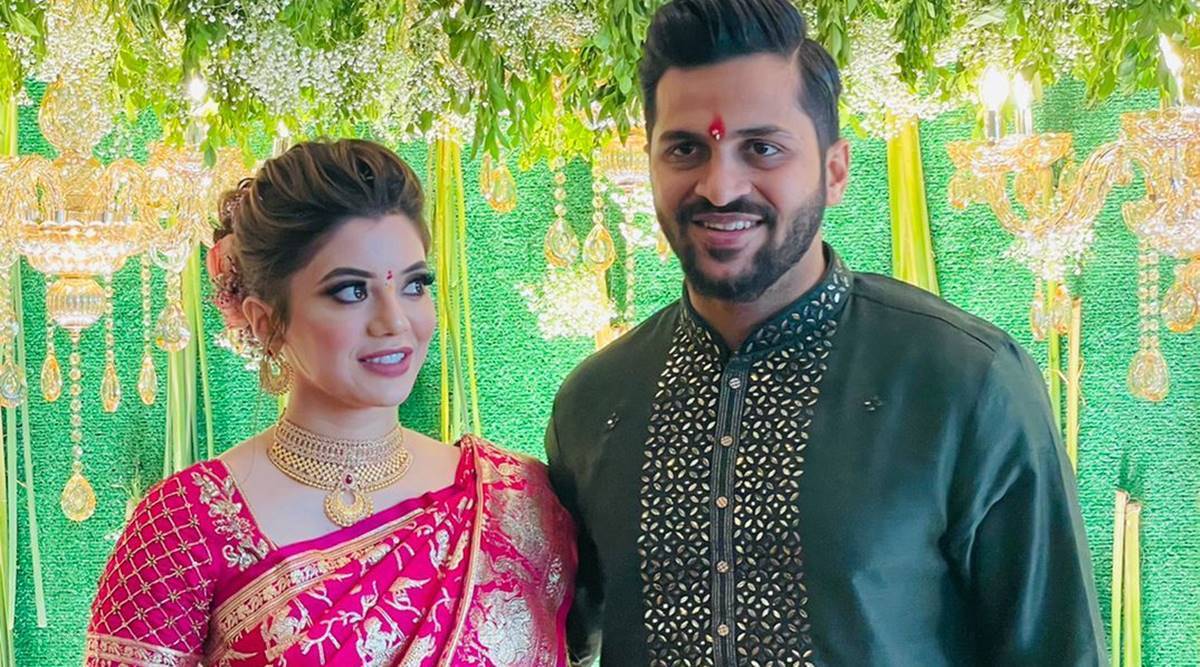 Thakurs Test debut was a long story as he was called up for the first time in 2016 but played the first game only in late 2018. However, such a delay was poisoned with a fast injury and ten balls thrown. However, his return to the Test squad was more than perfect. His impact in the 4th Test against the host was incredible: two half-centuries at batting (117 runs in total) and seven wickets in two innings. The local journalists compared Thakur with a legendary Kapil Dev, who delivered scaring balls and was able to bat more than effectively as for the pacer. Last but not least, Shardul’s great performance was against South Africa in 2022 with a five-wicket haul and seven stumps from 61 balls.

Family life: when his girlfriend became his wife?

In late 2021, Mittali Parulkar became an inevitable part of the life of Shardul Thakur. According to the sources, she is 26 years old and is involved in a bakery startup in Thane city, which is located just near Mumbai. She was Thakur’s girlfriend for a long time, while their wedding was on November 29 last year.

Most of the sources talk about around 13-14 crore INR (about two million dollars) net worth for Shardul Thakur. However, some agencies are talking about 36 crore rupees, which is about $5 million. It’s hard to believe in that last number, but at the career peak and regular international participation, his annual salary starts from 3.5 crore rupees ($0.5 million). Adding an endorsement income from a partnership with Tata Power, his net worth can really be more than 15 crore INR. 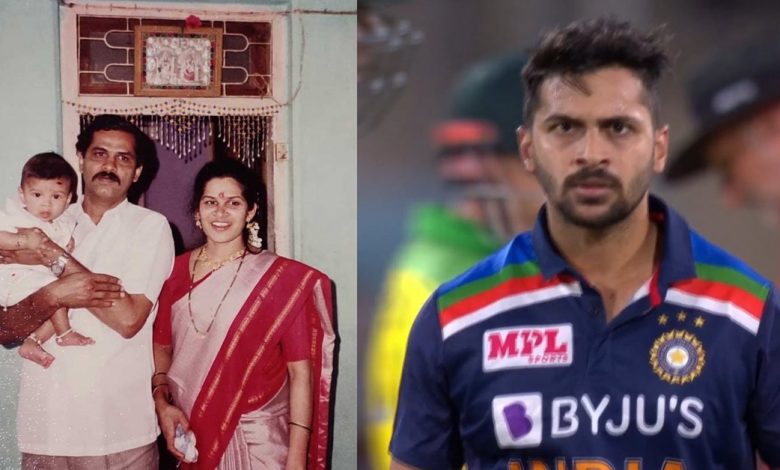 The story with jersey number is quite more interesting in the case of Thakur than other cricketers. Thus, his debut calls to the national team were accompanied by a huge wave of fans’ disappointment as Shardul received Tendulkar’s 10th number, which now is excluded by the BCCI from wearing in the Men in Blue squads. So, the new favourite number is 54, which the Beefy wears in diverse formats.

What relates to the bowling style of Thakur, the story is also quite interesting. The desire to be a pacer means good height, at least 1.8 meters, while Shardul lacks a bit. Moreover, at some point in his career, he was overweight. But he passed the scepticism of experts and became a real fast bowler with a good batting record on a lucky day, just what he showed at the Oval in 2021. To win more with huge bonuses, higher odds, and without risks – visit our betting sites in India rankings page. A fresh review of the most reliable offers for Indian bettors will be helpful for you.