It’s a great pleasure to write, and especially to watch, how one of the best Indian bowlers is writing his history of success. Of course, that talk is about Ravichandran Ashwin – that man with multiple world records, nothing to say about domestic achievements. His age of 35 forces us to think that he is on the career sunset, but he still holds top places in the global rankings and doesn’t look stopping his cricket activity.

An already legendary bowler’s age is 35, but this number seems like a joke for Ashwin. In his solid age, Ravichandran continues to demonstrate top cricket in all the competitions and formats, improving his stats and record list. With a height of 1.88 meters, he could be a great pacer due to arm length, but his profile throws are related to diverse spins and techniques. However, he is often presented as an all-rounder, although Ashwin’s main achievements are related to bowling:

With stamina as one of the core characteristics aside from the bowling techniques, Ravichandran is more effective in the longer formats, especially in Tests. It doesn’t make him a bad bowler for Twenty20 events, but his highlighting numbers were gained in the other formats. His ODI economy looks better than for most bowlers in the Tests, while the same numbers from T20Is overwhelm profile ODI throwers.

The review of Ashwin’s records and achievements can easily take a separate article or be enough for the Bollywood film. Not to take too much time, we’ll mention only the most notable ones with the focus on global scales and excluding particular cases from a single game. So, the tip of Ravichandran’s proud iceberg consists of the following achievements and records:

The list above is actually linked to the internationally important achievements and records that are made on the distance. By adding domestic cases with a one-game significant impact, this list could be much longer.

The middle of September in 1986 seemed to be a typical day in Tamil Nadu’s capital – Chennai. However, a lot of cricket fans could congratulate the Hindi family of Ashwin, where a young boy was born, if they knew what heights Ravi would achieve. Want more interesting cricket news in India and keep up to date? Subscribe to our portal right now. Luckily, the family of newly-born Ravichandran could send a boy to the initial and secondary schools, as well as to the college. The technical college called simply SSN gave two great opportunities for Ashwin. First, he has gotten higher education and a bachelor’s degree in Information Technologies. Secondly, and most importantly, he received an opportunity to play cricket there and develop his natural talent and skills.

The educational period finished with a suggestion to try his forces in the Tamil Nadu team, which plays domestic cricket competitions. His first season was in 2006, and his impact on the team was seen as great with even bigger potential. In the following year, he confirmed his class and received a chance to join an IPL team in 2008 with further career rises.

One of the key dreams of every Indian cricketer was achieved in 2008 – Ashwin joined local franchise Chennai Super Kings and was an important part of it until 2015. It was a dominant team that year in the IPL, and Ravichandran played in almost all the finals teams from 2008 to 2015 (2009 and 2014 were the only years when CSK didn’t reach the decisive match).

However, he was forced to join Rising Pune Supergiant as his initial squad was suspended by the BCCI and spent two seasons – 2016 and 2017. However, after the CSK was returned to the IPL regular squad, Ashwin was bought by Kings from Punjab, where took a leading role in the next two seasons. In 2020, his IPL wanderings continued, and Delhi Capitals decided to buy an experienced bowler.

However, T20 isn’t the favourite format for Ravichandran, so his achievements on the international Test scene are more notable. However, his debut in the longest format came only after ODI and T20I caps, which were both in 2010. At the moment of his first appearance in the blue shirt, he was already 25, and not a lot of people believed he would construct his name exactly in this format.

Not to overwhelm the text about a legend, one can understand his impact in the international Tests by simply reading the list of his achievements and stats. The only element to mention is that his most efficient was gained in matches that were held in Asia, while trips to Australia, England, and Africa were not so dangerous to India’s opponents. 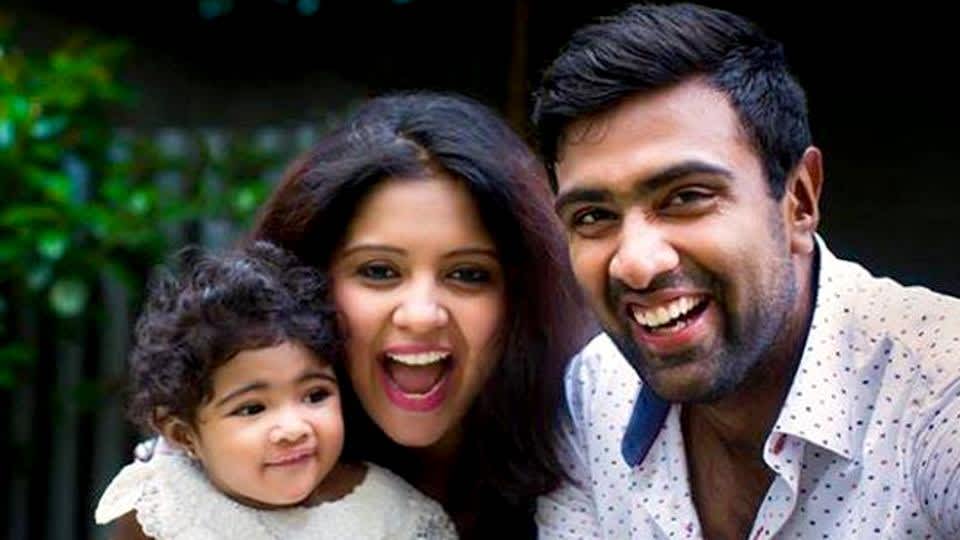 The Ashwin family became the place for another notable cricket player to be born and grow up. A younger brother of Ravichandran, Murugan, is also a professional bowler and plays in all domestic competitions. Murugan Ashwin was born in 1990, so he joined the local Tamil Nadu squad a bit later than his brother in 2012. Without notable international achievements in the portfolio, Murugan still plays for Punjab Kings in the Indian T20 League, which is his 4th team in the IPL.

Being a pretty aged player, Ravichandran, of course, is already married. His wife is Prithi Narayanan, whom he has known since school. Moreover, they were both studying in the same college, so they were good friends before their relations came to the next level. The couple married in 2011 and have two daughters: Akhira (2015) and Aadhua (2016).

The net worth of the recent bowling master is about 110 crore rupees or 15 million dollars. Ashwin is among the most-paid cricket players in the Indian domestic leagues, with an annual salary starting from 7 crore INR ($1 million). The favourite jersey number of Ravichandran is 99, which he tries to wear in all the competitions.

The playstyle of Ravi Ashwin is rather variable. Although he could be a nice right-hand pacer with his height and arm span, his basic throws are off-breaks. However, Ravichandran can spin the ball in different ways and deliver hardly predictable balls. Thus, he can produce arm and carrom balls while also practising rather often googly and leg-breaks in the middle of his career. He chooses the best throwing option depending on the batter and his hand. To win more with huge bonuses, higher odds, and without risks – visit our betting sites in India rankings page. A fresh review of the most reliable offers for Indian bettors will be helpful for you.