Being the first cricketer in history to score 10,000 runs in Tests is actually enough to receive a place in the Halls of Fame with a golden frame. However, as we are talking about Sunil Gavaskar, there are many more interesting elements to rewind and discuss. His controversial safe batting style was perfect for that time’s Tests, so he just didn’t need to adjust it for shorter formats. But still, his contribution to our favourite game is immense.

The recent age of the cricket legend is 72. Being born in the heart of India, Bombay, Sunil Gavaskar has to pass a tough root to the recognition even in the city’s scales, nothing to say about global fame. However, a man with a height of 1.65 metres made it possible and wrote his name with golden letters into cricket history. When looking at his stats, one may question a lot of numbers, but he should understand the time context. Thus, 1970-80th was the time when a good pacer was a real danger due to the absence of good helmets and not because of good wickets’ taking. So, the number of matches and runs is actually enough to respect a batsman from the former century.

Now, the strike rate in ODIs looks poor, while Sunil’s average in Tests is a real achievement. Of course, he had good and bad games just during the same series, but keeping 50+ average in the longest format – is an achievement itself. To understand better the impact of Gavaskar, let’s go to his records, with much of them to be top points at a time of their gaining:

As one can see, the achievements of the Indian cricket legend are crucial. Sunil was a real engine in the team, scoring consecutive centuries against the strongest teams and made it quite stably during his career. Gavaskar also set numerous records for the Indian team only, like the most productive batter in the clashes against West Indies and so on.

Birthday and career start in Mumbai

The birthday of the future cricket star was on July 10, 1949. Interestingly, Sunil could not be a cricketer due to confusion with newborns in the maternity hospital, but Gavaskar’s uncle noticed a birthmark and let the story go as it should. So, Meenal Gavaskar and his wife Manohar received a boy that would magnetise pride to the whole family. The career started for Sunil in the local school, where he delivered centuries and even 200+ being 17 years old. In the season 1966-67, he even got a call to the first-class competitions for the local team but stayed in reserve until 1968-69. Then, he was eliminated with a duck in the first match, and so many people doubted his talent. But the response was immediate – Gavaskar made a few centuries in a row and got a call from the national team for the West Indies tour.

The visit to the Caribbean islands in the 1970th was a real nightmare for every cricket team in the world as the Windies had a scary bowling squad with a few top pacers. In 1971, Sunil came to the pitch in the second Test and made two half-centuries and helped to take the first victory over the strong opponents. A couple of centuries in the later series brought an overall victory for India, while Gavaskar broke a few records. Thus, he became the first and only Indian cricketer to deliver 700+ runs in the Tests clash and made it in his maiden battle.

However, the following encounters with England were of controversial efficiency for Sunny (Gavaskar’s nickname), and he was only on the way to stable performance and participation in the Men in Blue jersey. His legendary 106 consecutive Test games started only in 1975, symbolically, against West Indies, which arrived in India with a big tour. Of course, there were unsuccessful games by Sunil during his 12 years run. However, the most negative came from his safe batting style, when he was protecting the wicket without any desire to score runs and made even his own fans.

The latter fact was best shown in one of his early ODI games. Thus, in 1975 against England in the away clash, Sunil was unbeaten in 174 balls. However, Gavaskar scored only 36, not out, which meant a disgusting average of 20.86, which is unfortunate even for Tests. Nonetheless, Sunny participated in plenty of ODIs and played until 1987 with 100+ games and a few achievements in the limited-overs format. However, being a professional century scorer, his first and only ton in the ODIs came closer to career finish in 1987. It was against New Zealand when he made 103 not out from “only” 88 balls and helped to win a game, being 38 years old at a time. 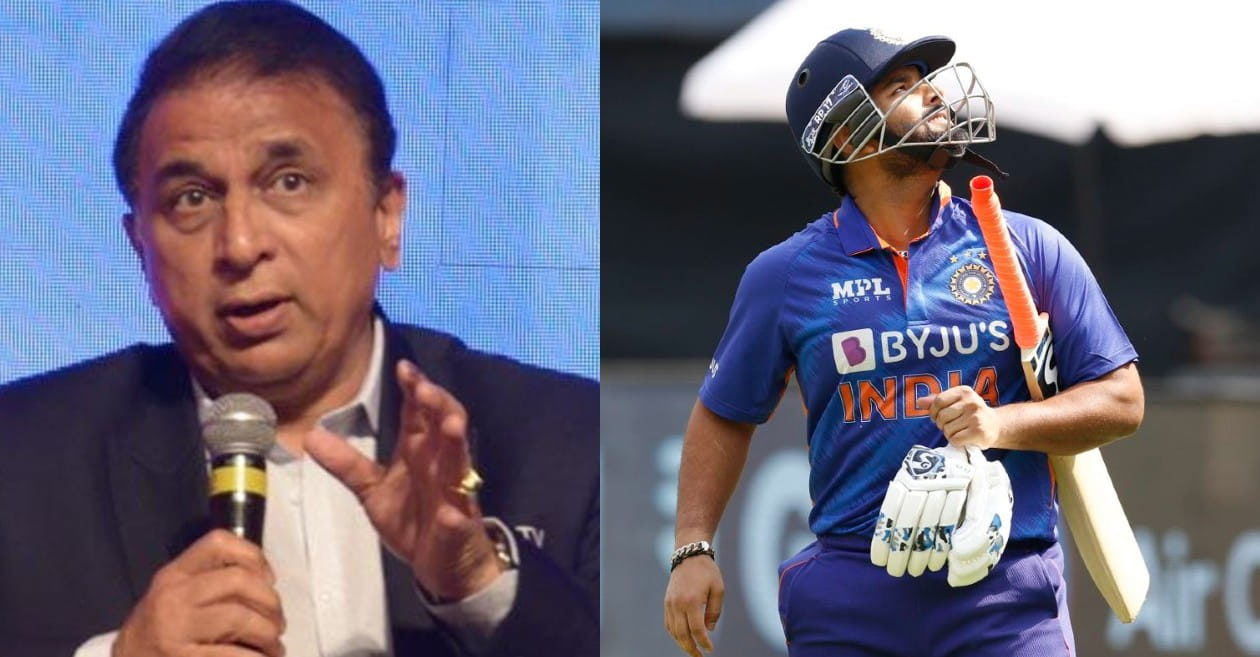 Although Gavaskar was a part of the winning ODI squad at the 1983 World Cup, his role was secondary in the team. Even less impact came from him in the home World Cup in 1987, where his only notable thing was a century against the Kiwis in the group stage. That event became his last in the national jersey as his last Test game was the same year but earlier, against Pakistan.

The story of Sunil and Marshneill Gavaskar is a lovely one. Sunny’s future wife came to the Delhi stadium in 1973 to watch cricket and take an autograph of the young star. But when she finally got to Sunil for the signature, they both fell in love and married in the next year. Their son, Rohan, was born in 1976 and was also a professional cricketer. However, he mostly played in the domestic leagues with only a few games for the national ODI team in 2004. What relates to life after his cricket career, Sunil stayed dedicated to his favourite sport. He is still one of the most popular columnists and commentators, while also has had some administrative roles in BCCI and ICC. Gavaskar’s media activity still brings him notable income with about one crore rupees per month or 12+ crore INR annually. It helps to keep his approximate 220 crore rupees (or $30 million) net worth quite stably. Probably, if he had a stable jersey number during his career (there were no digits at that time on the back), the t-shirt with his surname could be still popular.

The playstyle of Sunil was based on accuracy, attention, and concentration. He had the unique ability to keep the flying ball under control and choose the optimal response. It helped him to stay on the pitch for long periods, which, however, wasn’t an advantage in the limited formats. His participation in the imaginary IPL could be in much doubt, but those were different times, and he was like a fish in that water.