One of the core values of any athlete is the stability of the performance. Deepak Chahar has it and is considered as one of the strongest bowlers in India now, with the focus on the limited-overs games. Another of his features is to show brilliant figures from time to time, which turns his stability into outstanding performance and unforgettable impression.

The age of Deepak is 29, which leaves room for further improvements. Chahar has a nice height, which is 1.8 meters – enough to be a good bowler. His favourite throwing style is medium-fast, which is combined with natural aggression, especially during power plays. Such an approach made him pretty successful in limited-overs cricket, so he hasn’t made a Test debut for India yet. Also, his ODI amount of games for the Men in Blue is only six without notable figures and achievements, so it’s better to review his stats in other tournaments:

While the numbers from the table above are pretty ordinary, one surely wants to know why Deepak is playing for the national cricket team. To explain it, let’s better list his unique achievements as a bowler:

While the list doesn’t impress by its scales, one has to read the achievements themselves attentively. Being the only Indian taking a hat-trick or grabbing 6 wickets for 7 runs – aren’t the ordinary records and numbers available for everyone. Being only 18 years old, a young but promising Chahar debuted for Rajasthan in domestic cricket. The first official competition for him was Ranji Trophy, held in 2010-2011. While most bowlers dream of scoring at least one wicket in their maiden game, Deepak went much further.

That was a game that deserves a separate Bollywood film. Rajasthan was looking for a victory along with trying some new surnames in their team. However, a young Chahar surprised everyone: opponents, his teammates, and even himself. Eight wickets fell for only 10 runs, while the rest of the batters weren’t much better. The total runs of 21 in that game for Hyderabad is still a record-low scoring, with Deepaks significant impact in such a game. And that was only a debut!

However, an outstanding splash was only a moment. The other games were so successful for the bowler, who looked like a guy who seriously depends on his mood. Such an approach can be effective in the shortest formats, but Tests require quite the opposite qualities. So, not surprisingly, he didn’t make his Test debut for India. And while the success story with the Indian national team was quite late, IPL teams have looked at the guy attentively since 2010. However, the first official step was made by Rising Pune Supergiants only in 2016. So, Deepak felt the level and taste of the top competition when he was 25 years old. However, his age allowed him to improve even after this point, so his notable achievements were in the future.

In two years, he joined Chennai Super Kings and now takes the role of the bowler with low-order batting responsibilities. This step allowed him to pay attention to the national squad coaches, so he debuted in both ODI and T20I events in the same year of 2018.

While his debuts weren’t persuasive, everyone understood the potential of Chahar. His unexpected scalps turned a lot of games, so he continued to receive calls from the BCCI. And in just one year, he showed why the Indian team needed him. Deepak solely destroyed Bangladesh when he took a hat-trick and five-wicket haul in the same match. His overall stats in that game was incredible: six stumps for seven runs, which were taken in just 3 overs.

Since that time, Chahar has been among the top contenders to be included in the list of Indian teams if someone is injured or has other struggles. However, his more stable game in the last years makes him a contender for the starting 11, especially in the T20I games. 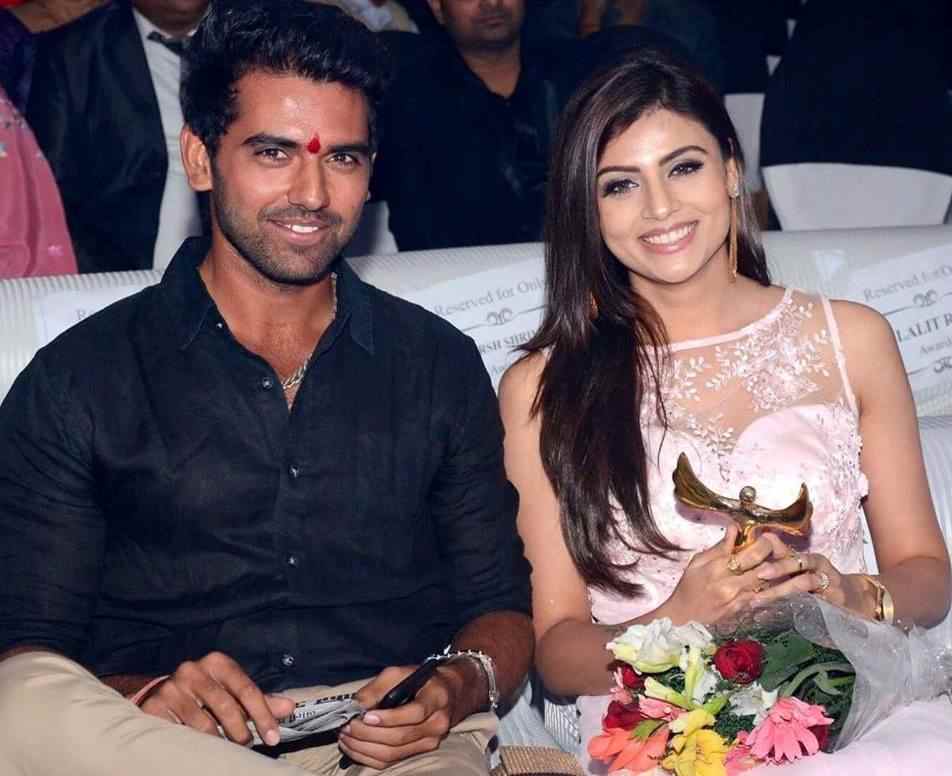 Family life: father, brother, and sister. Does his girlfriend become his wife?

Deepak was born in the family of a former air force officer Lokendra Singh Chahar, and a lawyer Florence Rabada, in Uttar Pradesh city Agra. And while Deepak appeared in the world in September 1992, he has an elder sister Malti, who is two years older. Moreover, she is a Bollywood actress and a popular person in the media. Also, Deepak can be often seen with Rahul Chahar, but he is only a cousin and also a cricket player.

Deepak has confirmed relations with Jaya Bhardwaj, but she is not his wife yet. The pair have been dating for a long time. Jaya is the sister of media person Siddharth Bhardwaj, who is also a model and actor. Jaya and Deepak haven’t married yet, but are already planning a wedding as Chahar has made a proposition to her after the IPL clash against Punjab Kings in October 2021.

Deepak’s career went especially well in 2018 after his move to CSK as one of IPL leaders and international appearances. Since that time, his annual salary has been about 8 crore rupees (1 million dollars). It made his recent net worth at the level of 44 crore rupees ($6+ million). After his move to the Chennai franchise, he took a jersey with a number of 90. Chahar is a medium-fast bowler with a good ability to swing. It makes him way effective on the slow pitches where swinging is a preferred bowling mode. Although his throwing speed isn’t too fast (up to 140k), he can dismiss great batters much faster than pacers. To win more with huge bonuses, higher odds, and without risks – visit our betting sites for india rankings page. A fresh review of the most reliable offers for Indian bettors will be helpful for you.