The surname Chahar is well-known for Indian cricket fans, especially those from Rajasthan. Some, of course, can confuse Deepak and Rahul, who are both spin bowlers, but true followers can easily explain the difference in terms of appearance and playstyle. And while we’ve already talked about the older one, today, our main focus will be on Rahul Chahar – a promising spinner with great potential.

The age of Rahul Chahar is one of his biggest advantages at the moment – he is only 22. However, he has been playing in domestic competitions since 2017, when he was only 17. The height of 1.75 meters is the perfect number for a bowler, but Rahul seriously proves that this parameter is of secondary importance for a talented and hard-working guy. He was already called to all-format national squads, although he didn’t debut only in the Tests. His single match in the ODI we won’t include in the table below, and look at his performance in other formats and conditions:

It’s hard to call the figures above something astonishing for a top-class bowler, but none started with incredible achievements and only improved them. However, an economy or strike rate looks pretty good for the young guy, who is only on the way to his historical contribution.

Another element to mention is the lack of great performances, even in particular matches to list them separately. However, being the best bowler in the Vijay Hazare season before his 20th birthday with 20 wickets in nine games – is an even better achievement. It shows his stability, which is one of the keys to becoming a real professional athlete.

First steps with brother and debuts in domestic cricket

As we already noted, Deepak Chahar is a cousin of Rahul. Lokendra Singh, who is Deepak’s father, is a brother for Desraj Singh, who is the parent of the main hero of this article. Although Deepak is seven years older than Rahul, their first steps and training session were common. Lokendra Chahar was a personal coach for his son, while a younger Rahul was interested in cricket and also tried his forces as a bowler. Moreover, both guys are swing throwers and play for Rajasthan.

The training was not in vain, and Rahul Chahar was well-prepared for adult cricket, being only 17 years old. Rajasthan allowed him to debut in the season 2016-17, in the Ranji Trophy. So, in November 2016, Rahul played his first-class debut game. In just four months, he made an A-list debut in the Vijay Hazare competition and turned the attention of the IPL teams. 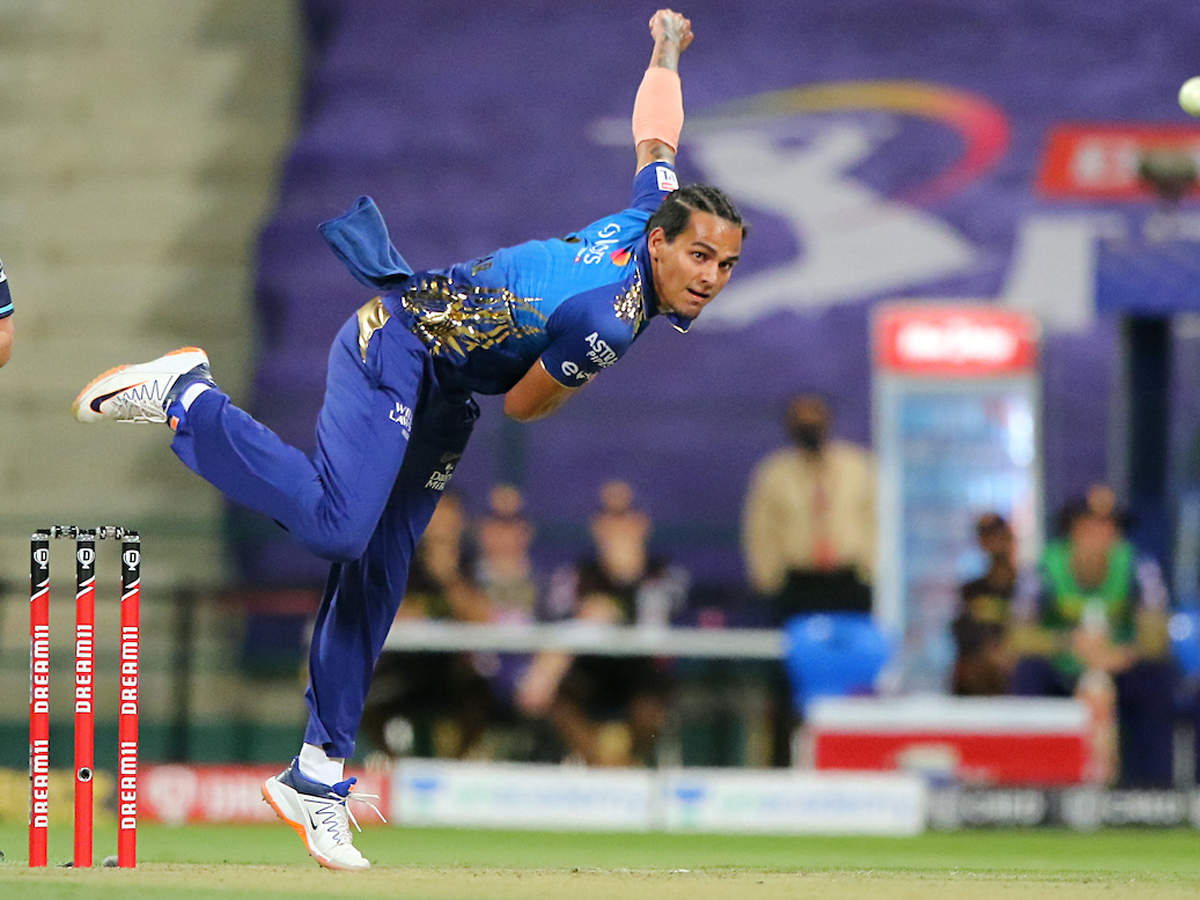 In February same year, he was bought at the IPL auction by the Rising Pune Supergiants and debuted in the Twenty20 League in April 2017. Although he wasn’t impressed with his numbers, everyone saw and understood his potential. So, after Pune lost their replacement slot in the IPL after the season 2017, Mumbai Indians were ready to take a rising star in the next auction in 2018.

That year became pretty good for a finally adult Rahul. A younger Chahar became the best bowler for Rajasthan in the domestic tournament (Vijay Hazare) with twenty wickets in nine encounters. Through the India C and Green squads right after his performance for Rajasthan, Rahul Chahar received his first calls in the Men in the Blue squad.

Of course, the debuting game was in the shortest and favourite format – T20I. The game against West Indies happened in 2019, right after his 20th birthday. And while he received recognition for the Twenty20 format and played from time to time, his ODI call and debut were postponed for two years. Finally, in the middle of summer 2021, Chahar debuted in the ODI game against Sri Lanka and took three wickets from 60 balls. Rahul still awaits his Test debut, while the first call was in early 2021. 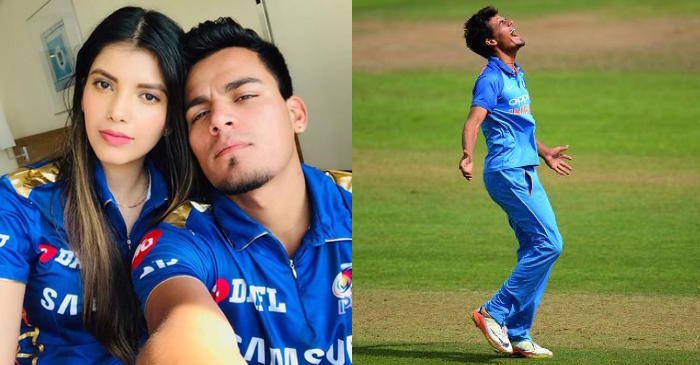 Family life: father and sister. Did he marry his girlfriend, and is she now his wife?

The family of Chahar is really big, especially taking into consideration Desraj and Lokendra, who are both sons of Singh Chahar. The father of Rahul Chahar, Desraj, is satisfied with his son’s achievements in cricket, just like Usha Devi – that mother of Rahul. When someone is googling his sister, he or she usually means Malti Chahar, which is a cousin to Rahul but sister for Deepak. She is a model, actress, and active cricket supporter for both her dear bowlers.

The marital status of Rahul now is engaged. It means that Chahar has already exchanged rings with his love Ishani, but none has seen their wedding yet. Rahul and Ishani have been friends from childhood and understand they love each other after school, but their relationship hasn’t passed the final stage of marriage. There is no exact info about the net worth of the discussed bowler. Different sources talk about diverse figures, where the net worth is considered at the level of 9-12 crore rupees ($1.2+ million). At the same time, Rahul Chahar’s salary is regularly growing, with the annual income now being up to 4 crore INR ($0.5 million). The beloved jersey number of younger Chahar is 28th. Being pretty young and loving fashion, he is often changing hairstyles. One can meet Rahul with a simple short haircut at a time and see how he has multiple pigtails.

As spins and swings are beloved delivery methods of cricketers, bowlers now can train multiple methods at a time to switch between them just during the over. Rahul Chahar started as a pacer but then switched to swinging. Now he is considered as one of the best leg spinners who can also deliver googly. Unpredictable pace changes allow doing his job even more effective and unpredictable for batters. To win more with huge bonuses, higher odds, and without risks – visit our betting sites for india rankings page. A fresh review of the most reliable offers for Indian bettors will be helpful for you.