The story of every batsman includes great performances on particular days. Of course, everyone dreams of beating the world champions or a dominating power on such a day, and Laxman made exactly this. VVS became the most annoying batter for Australian bowlers, destroying the Aussies from event to event.

And that is the story that everyone wants to listen to and tell once again, although the Very Very Special made a crucial contribution to Indian cricket history.

The age of the discussed hero is 47, while the height of Laxman is optimal for cricket – 1.85 metres. The full name is Vangipurapu Venkata Sai, which is usually shortened to V.V.S., but the fans found another way to interpret the abbreviation – Very Very Special. And supporters are absolutely right in saying that he became the main figure in the historical game, which will be described a bit later. Now, let’s look at his overall career stats, which looks impressive even without claiming him as a hero or nightmare for bowlers.

Even without a crucial 10 thousand runs in Tests or ODIs, the power and talent of Laxman can be seen. Having an SR of almost 50 in more than a hundred games for India – is a persuasive impact to talk about. VVS’s ODI contribution, however, looks a bit humbly, without participation in either World Cup for limited-overs format. At the same time, his Test contribution is great in both International and domestic battles.

What relates to records, Laxman has a few global-impactful achievements to focus on as the tip of the iceberg. VVS doesn’t need to list domestic achievements to look great in the eyes of even non-Indian cricket supporters. So, that are the peaks that Very Special achieved during his career:

Although it may seem like a moderate impact in cricket history to be called Very Special, details matter. Thus, every Indian cricket fan with some experience knows that his partnership with Rahul Dravid was spectacular and historical, although it was only a third-best performance for the fifth Test wicket. However, let’s start from the early beginning. The birthday of Vangipurapu Venkata Sai was on the first day of November and happened in 1974. His family was of great respect in India. Thus, VVS is a relative to Indian popular philosopher and second president Sarvepalli Radhakrishnan. Laxman’s parents are famous doctors – Shantaram and Satyabhama were admitted in Vijayawada, the second biggest city of Andhra Pradesh. However, V.V.S. was born in Hyderabad – one of the Indian cricket capitals and largest city of the state.

Of course, Laxman’s parents wanted their son to continue the physician career, so the young man went to medical school. However, the desire to bat was much stronger, and VVS turned much of his forces and attention to cricket. With a notable talent, Very Very Special started in the youth Hyderabad teams and then in Indian international youngsters’ squads.

Notably, Laxman’s first success was taken in Australia when a U-19 Men in Blue went on a tour in 1994. The promising batsman delivered three half-centuries, a ton, and a few additional runs in the series to become the most scoring player and help India to win it. The following limited-overs series wasn’t good, but VVS’s talent for Tests was noted in domestic tournaments, where the youngster proved it several times. 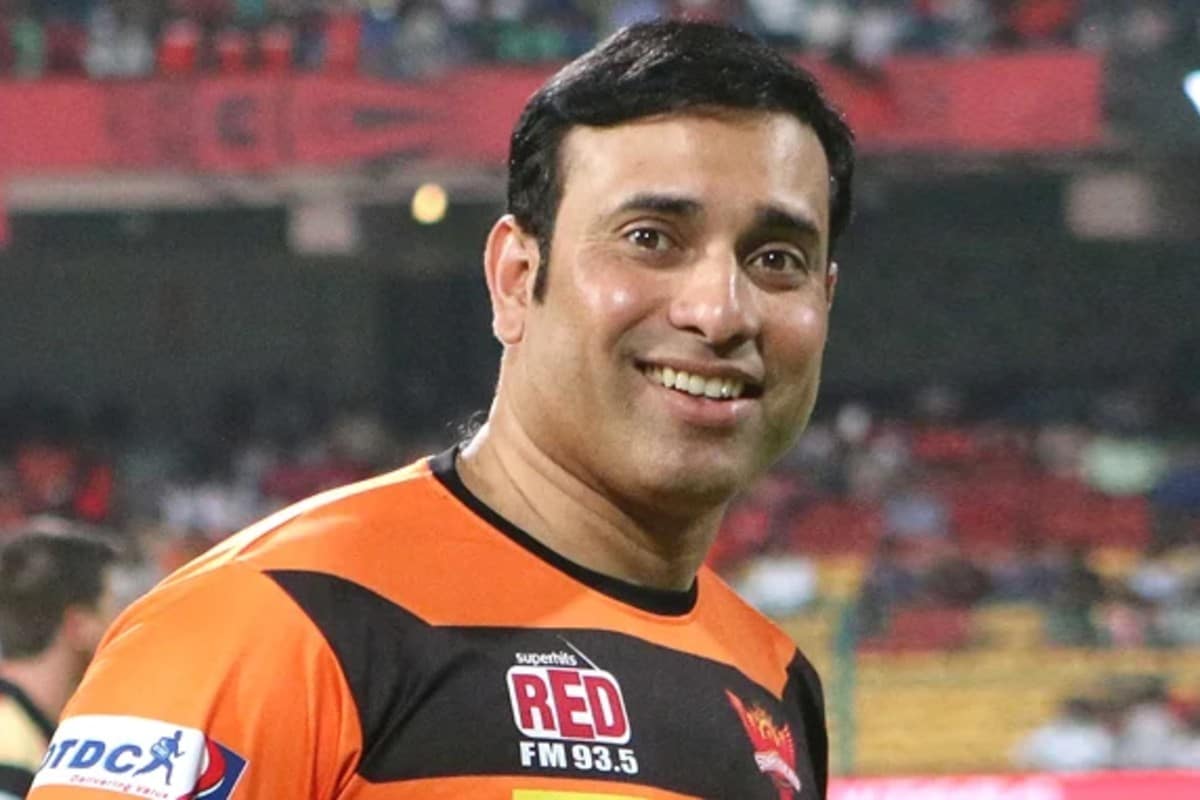 Similarly to Rahul Dravid, Laxman gained his debut in the Blue jersey quite late, being at the age of 22. Moreover, often decisions of coaches and captains to place him as the opener went in contrast to his natural middle-order role. So, after a few years of struggling, even for the first ton, V.V.S. lost his place in the starting lineup and even overall squad. It was also dictated by his poor ODI performance, even in the games with not the strongest Zimbabwe, which became his first one-day opponent in 1998.

However, the return happened soon. Outstanding performance in the Ranji Trophy 1999-2000 (with 1415 total runs and an astonishing average of 108), which was gained in only nine games and accelerated with 8 tons, returned the eyes of national scouts. But the same mistake was made once again – Laxman’s opening role in Tests was uncomfortable for him, although he delivered a rare century (167 runs) on Australian soil in one of the clashes. Both the team and VVS lost from this decision as the man was almost out of the national squad for a year due to ordering issues.

Nonetheless, it was part of the natural process and a springboard for the upcoming breakthrough. In early 2001, Australia was a dominating power in the Tests with 15 consecutive victories and was coming to India. So, the home side needed all their best cricketers, and Laxman got another chance. The first Test, however, was failed by India in front of an astonishing Australian bowling line. The second game started in the same scenario – the guests made 445 in the first innings, while the Men in Blue responded with only 171, so the Aussies used their right to follow on the opponents batting and were almost celebrating their 17th win, including success in the series too.

That was time for VVS to shine, who took the chasing order with Dravid after four wickets failed. The duo made an impossible at that time – 376 runs for the fifth stump, helping to raise India’s scorecard to 657. The target of 384 became an obstacle for the guests, who were dismissed with 212 from the second inning. With personal 281 runs in the second half only, Laxman became the major man (Dravid and Harbhajan Singh, another two to mention) to astound the Aussies in the follow-on game, bringing that match to the textbooks of cricket as one of the amazing victories. The following defeat of the guests was predictable, who were demolished by incredible Laxman’s batting and Indian strong will.

Actually, that was enough to enter the Indian Hall of Fame, but VVS continued well with only one period of weak performance. ODIs still were poor (with the last game in 2006), with Australia the most suitable opponent in both formats. Joining the IPL wasn’t successful, although he spent three seasons with the Deccan Chargers. However, in 2011 he joined Kochi Tuskers Kerala for one season and stopped both international and domestic performances in 2012. 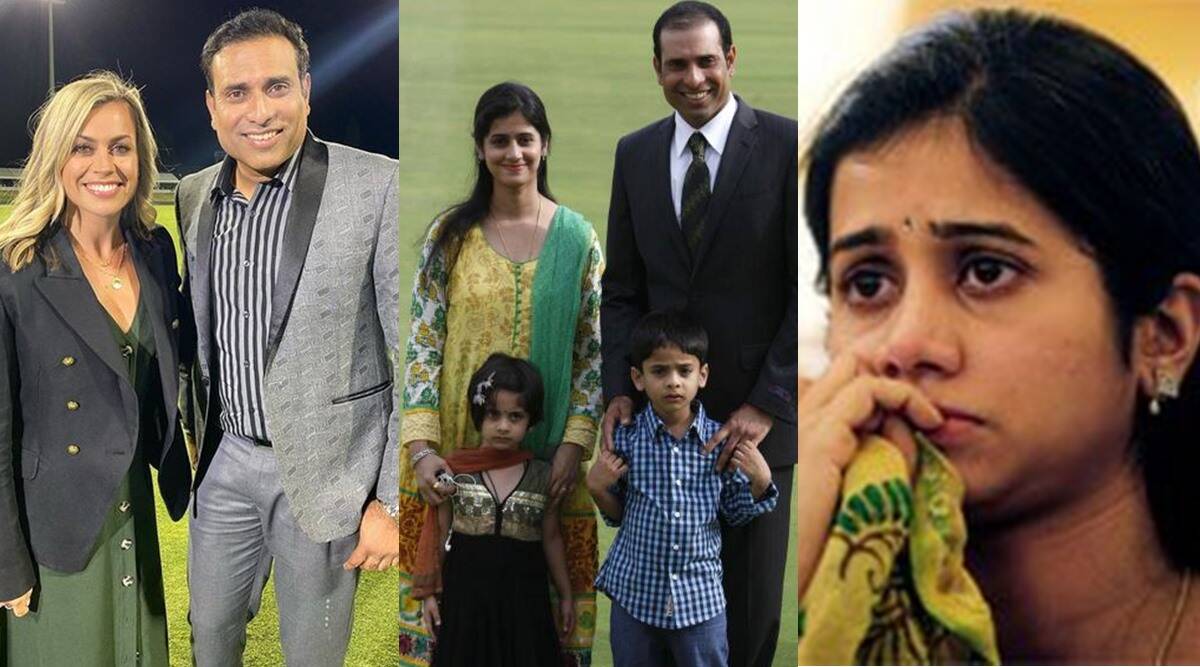 The wife of VVS has quite an unusual job – computer specialist. Laxman expanded his family officially in 2004 when he married Shailaja. The spouse now owns VVS Foundation, which is a social firm that helps poor and needy people to find their place in life in India. The children of the Laxman family are son and daughter, Sarvajit and Achinthya.

Aside from receiving numerous domestic awards, VVS is widely recognized as a cricket expert. He now serves as one of the Indian youth teams’ coaches. Like the other Indian legends, he is also a member of the Advisory Committee, which is part of the BCCI.

The #22 (typical jersey number) is pretty busy nowadays with cricket-related jobs. Thus, his annual salary is about $1 million or up to 10 crore rupees. What relates to net worth, the estimated number for Laxman’s savings is between 90 and 100 crore rupees (about $12 million). The lion’s share of his net worth was spent supporting the VVS Foundation, which is ruled by his wife.

The first look at the batting style of Laxman can lead to the conclusion that this is a typical save approach, similar to Rahul Dravid. However, being pretty tall, VVS used his wrists as the major weapon to be flexible in batting. One of his unique features was the ability to send the ball to either side with similar probability. Staying mostly at the crease, he was attentive and successful against both spinners and pacers, choosing the hit perfectly when in good shape. Even Australian top bowlers were in panic facing him as they just didn’t know which technique to use against Laxman. We recommend subscribing to the updates of our cricket portal, if you want to bet on sports, go to the rating of sports betting sites in India and use the services of one of the trusted bookmakers in India.